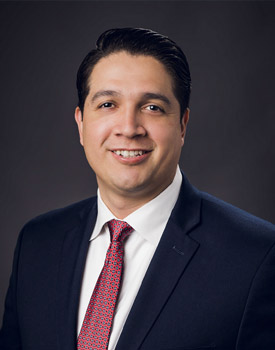 Eric grew up working in a family run retail printing business. He understood the importance of deadlines and customer service to achieve customer loyalty.

Eric started his career in insurance over a decade ago working with a fortune 100 company providing financial planning services for high-net-worth Individuals. His passion to help more people and change lives with his services led him to the group insurance side of the industry. He began as an enroller and quickly moved through the ranks of some of the top ranked companies in the United States. In 2018 Eric created Employee Retention Benefits, Inc. to offer a “first to market” complete employee benefits solutions company, with all services available from a single source.

Eric’s vision and passion for providing an elite customer service experience has been key to ERB’s success and surrounding himself with the ‘right people in the right seats.’ His desire to serve the clients’ needs first has played an important role in ERB’s constant search for team members that will help to drive that culture.

In his spare time Eric loves spending time with his wife and 2 kids. He also volunteers on a board for a non-profit and teaches at Guerreros Athletic Foundation; one of the top Judo clubs in the nation.

Alain officially joined ERB in 2020 after having served as a Human Resources and Contracts Consultant for the company. Growing up in Southern California, he attended The University of Southern California as a Public Administration Planning and Development major.

Alain’s 30+ year professional career began when he served as an Administrator, Human Resources Personnel Evaluator and Project Development Manager at E-Z Data, Inc. The Client Data System and Smart Office software developed by his team of programmers set the standard for today’s Insurance company CRM systems. From there he returned to his alma mater, USC, as a Sponsored Projects Accountant, and was later elevated to become a Contracts and Grants Administrator / Negotiator. In 2009, he was recruited by Caltech (California Institute of Technology) to serve as a Procurement and Subcontracting Officer / Negotiator for the Campus’ Centralized Procurement Services. An avid community leader, Alain is also a Vice Chairman for the Pasadena Tournament of Roses.

ERB’s core values aligns with his own personal view of what types of people that everyone should strive to be both in the workplace and in their personal lives. He serves and leads with a passion to help change as many people’s lives as possible for the better. Alain believes that Employee Retention Benefits, Inc. can help reach the masses to achieve that endeavor.

Alain and Christina have a daughter, two sons, a daughter-in-law and two grandchildren.